I Love that I Love My Job!

I seriously have the best job in the world!! This past year I have been teaching at an after school ballroom program at an elementary school in Provo. I've had quite the challanges, from havint 45 students to getting kids ages 6-12 (let me tell you, there's a HUGE mental difference between a 6 year old and a 12 year old, believe me!), and finally my show being changed to a week earlier last minute. I had my handful of frustrations with all of this, but let me tell you.... 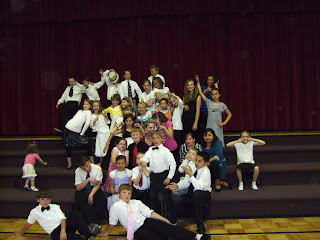 These kids....all 45 of them...have made it totally worth it. They are the best kids in the world. 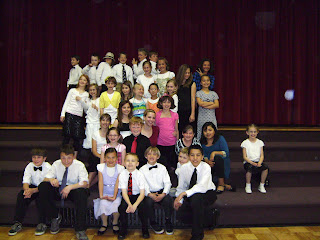 I have learned so much about myself as a teacher, as a future mother, and as a person. It's because of these kids that I have started thining about maybe going into elementary education after I am done with my dance degree.
They did two dances at their show...a cha cha to "Play that Funky Music" and a swing to "Ain't Nothin' Wrong with That" and they were so adorable! We had a really great turn out to our show. I was expecting maybe 30 parents and we ended up having over 150 people come to watch, and they all had a great time. After they presented their dances, we did a little bit of social dancing and they were able to dance with their parents, siblings, grandparents, and whoever else came out to support them.
I'm working on figuring out my schedule for next year so hopefully I'll be able to teach here again next year.
Posted by Camille Spence at 8:55 PM