Logan and Camille Sitting in a Tree... 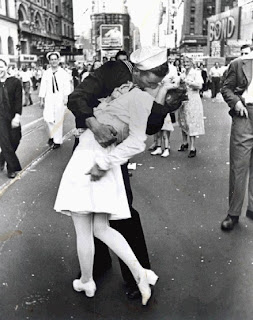 Today marks the day that I have been kissing the same person for the past two years.
Logan kissed me at a playground, on the bridge. He climbed right up and told me to join him on the "Bridge of Love." And then I did, and then he smooched me. And he still keeps on smooching me. And I still get butterflies.
Here's to many more years of kissing that boy. I wouldn't have it any other way.
Posted by Camille Spence at 2:46 PM 1 comment: 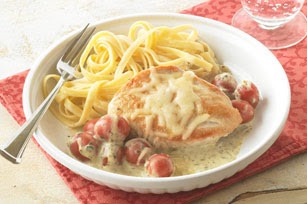 HEAT large nonstick skillet sprayed with cooking spray on medium-high heat. Add chicken; cover. Cook 5 to 7 min. on each side or until done (165ºF). Remove chicken from skillet; cover to keep warm.

RETURN chicken to skillet. Cook and stir 1 min. or until chicken is coated and heated through. Sprinkle with shredded cheeses.

I serve this over cheese ravioli (Logan's favorite) or egg noodles, but it would definitely be delicious all by itself. You can also steam other veggies, like broccoli, and add to the sauce.

Logan requests this recipe every single month. It really is so delicious! You will love it! 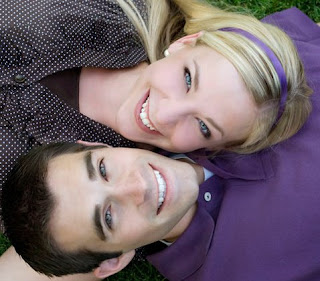 I went on a date with this handsome man. And my life was changed forever, in the best way possible.
We met in an institute class at the end of August, and I had the most major crush on him from the first second I laid eyes on him. He was just so cute! He was so quiet though, and it was like pulling teeth trying to get him to talk to me, let alone ask me on a date! Just as I was giving up on the dude, my grandpa got really sick. That doesn't seem like it would have anything to do with anything, I know. You see, my grandpa has this amazing talent of making us think he's on his way out, and then making a come back. He's been doing it since I was like 8. Well on this particular time, I was competing in the Miss Pioneer Valley pageant, and my whole family went to Flaming Gorge to take care of dear ole Gramps. I was devastated that I would have to do this pageant with out anyone in the audience cheering for me! C'mon, strutting across the stage in high heels and a swim suit with only the sound of crickets to accompany you is nightmare-ish!
By this time Logan and I would chat a bit before and after our classes, and I had mentioned while walking to his math class my pageant and my plight and suggested he came, knowing it was a long shot, but worth a try. Of course, he said no, until he found out my dear friend Bealynn was going, and then he was ALLLL game about it. I totally thought he had the biggest crush on her, he was just thinking "Sweet, I really didn't want to go alone, but I think this Camille girl is cool and I'd love to go support her." He is just so sweet.
Well, he came. And afterwards we all went to Mimi's Cafe with some other friends that came as well. We ordered the exact same thing...a BBQ Cheese Burger. He thought it was really cool of me to be eating a hamburger, he said. We somehow ended up going dancing at the Murray Arts Center. And then LOGAN started flirting with ME!!! And the next week we went dancing again, and he came, despite his two left feet and extreme fear of dancing in front of a group of ballroom dancers. And on this night, next to a giant fan on the side of the room, He asked me out on a date. I about died and went to heaven, but I tried to appear cool and told him I'd like that.
And then somehow we never planned anything, except I went to the temple that morning, and he tagged along, and then we had sushi, and then we went to a baptism for a convert in his ward, and then we went to his house because he was going to teach me how to play tennis, but we really ended up playing with his three year old nephew, Braxton, and then we spent several hours on his parents' deck talking about so much, and I really started to fall in love with that kid. Later that day he tried to kiss me, and I freaked out and turned my head. It was his first kiss, and he was so embarrased. (Yes, I'm the only person Logan has ever smoocharooed. Or held hands with. He was a really shy kid pre-mish, and I snatched him up right when he got home.)
Later that night after I was off work we ended up hanging out again. Somehow we ended up at his sister Brynn's house and I met her and Autumn and loved them and their families (I met Alicia and her gang later, and loved them too of course!). And then day after day we spent time with each other, and we fell in love. That December he proposed in the very class we met in, and the following June we were sealed for time and all eternity in the Mt. Timpanogas Temple, where we had done baptisms for the dead for our very first date.
I love Logan more than anything in the whole world. He is the best thing that has ever come into my life, and I am so blessed to have him as an eternal companion and best friend.
Logan, thank you so much for coming to that pageant, it meant so much to me at the time, and it still means so much to me now. I love you sweetheart!
Posted by Camille Spence at 4:00 PM 2 comments:

I made these about two weeks ago, and I've made them three times since. Not only are they splendidly soft and delicious, but they are super easy to make, and the cookie dough is so stinking yummy...not that I would actually know, because of salmonella or anything. I'm responsible, I don't eat raw cookie dough (ha). But seriously, try them, love them, and try to share them, so you don't eat all of them yourself.
"Soft" Classic Chocolate Chip Cookies
1 C Butter, Softened
1/4 C sugar
3/4 C brown sugar
1 t vanilla
1 small box vanilla instant pudding mix (or get creative and try other flavors!)
2 eggs
2-1/4 C flour
1 t baking soda
1 package chocolate chips
Preheat oven to 375 F.
Cream together butter, sugars, vanilla, and pudding. Add eggs and mix well. Add flour and soda, and mix well. Add chocolate chips and mix well. Spoon onto ungreased cookie sheet. Bake for 9 minutes. Store in an air tight container to prevent the cookies from drying out.
The recipe says it yields 24 cookies, but I can usually get about 36 or more out of the dough.
Try using different flavors of pudding, like chocolate or butterscotch, or adding different kinds of chocolate chips, like peanut butter, mint, or whatever tickles your fancy.
Posted by Camille Spence at 4:51 PM 1 comment: