The morning after our visit to Chatsworth House, we got to go to Warwick Castle, a real castle from way back in the day. They've revamped a lot of it and put in a bunch of wax people and such to show how people really would have lived back when this castle was in use. They also have a few actors that walk around and take pictures with you and talk to you. Some of them were funny, some were cute, others were down right creepy. The castle would be really awesome for kids to go see, and we did have fun, but it was kind of cheesy. However, they have a real dungeon that we got to go into and see where people were kept. It was too dark to take pictures down there, but it was definitely spooky. I'm glad I won't have to be kept in there for anything. It was icky, in a cool and interesting kind of way. We also got to see a trebuchet (spelling?) be shot off, it flung this giant rock a few football field lengths away. At Warwick they also have a falconry show, a jousting show, and a swordfighting/archery show, but we weren't there long enough to see those (much to Logan's dismay). 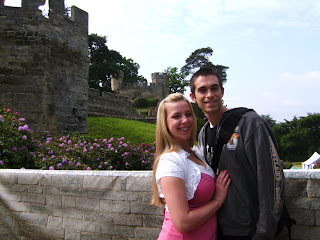 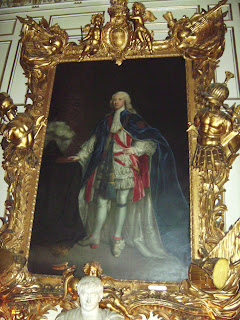 This is a ginormous picture frame that is carved out of pine and then completely gold-leafed. It is so intricate and ornate and difficult to make that there are only 5 in the world, and they had two in the same room right there at Warwick. 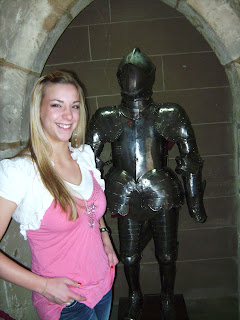 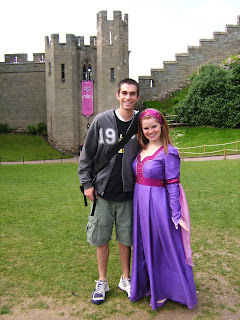 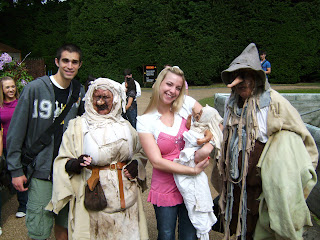 Plague infested peasant people. They were nice enough to let me hold their baby though! 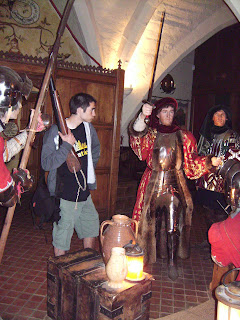 Logan getting ready to go off to war with Edward, the King Maker. They went to war and helped England win some sort of battle which put some king in the throne. I can't really remember the story, but they had a huge walk through museum thing that told the whole tale, and you got to see actors and wax people performing various tasks around the castle. 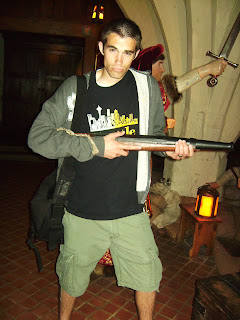 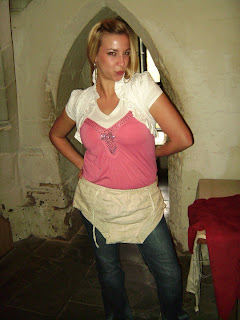 This, my friends are a sexy, sexy pair of Medieval Panties. Complete with waist and leg draw strings. Hot, I know.
Posted by Camille Spence at 11:13 AM